The Gerardo Cesari winery was founded in 1936 and immediately set itself the goal of producing wines capable of competing with the great reds from all over the world. It takes an important step in this direction in 1973, the year in which Amarone Classico arrives in the United States. That was only the beginning of an upward journey: expansion into the international market continued over the years until it reached a presence in fifty-two countries.
1997 was decisive for Cesari who in that year bought the Cantine Salvalai, a historic winery in Brescia and built the Cantina di Cavaion Veronese, also establishing himself in the world as the primary producer of Amarone.
The path followed by Cesari was rewarded in the 2000s by Robert Parker, Wines Spectator, IWSC who recognized excellent evaluations on the major international wine guides. Cesari then permanently enters the cellars selected at Opera Wines.

Owned by the Caviro Group since 2014, Cesari now carries out its production activity in two wineries. The first is the Cavaion Veronese winery, with its important barrel cellar, dedicated to the aging and bottling of Amarone, Ripasso and Corvina in purity Jèma.
The second is the Fumane cellar used for drying, pressing and first aging of Amarone and Ripasso. Located in the heart of the Classic Valpolicella and operational since 2021, it uses modern equipment that makes it possible to check, at any moment, the progress of the drying of the grapes. The avant-garde loft, one of the largest in Valpolicella, is equipped with advanced humidity control technologies that channel the natural air of the valley to maximize the quality of the drying of the grapes. A wine-making cellar was then placed side by side, in order to make wine directly on site and an underground storage cellar capable of hosting up to five vintages of Amarone. The structure is then composed of a bottling warehouse, two tasting rooms and an elegant shop, designed and furnished with distinctive elements that recall the territory, such as the elegant semicircular wooden and iron displays, reminiscent of the Verona Arena. The Cesari winery produces Valpolicella wines intended as a local wine as it is closely linked to the latter, with its history and its vines. Among the cornerstones of the company we find Ripasso and Amarone. Ripasso is produced from a freshly fermented wine made from Valpolicella grapes. The latter is passed through the Amarone pomace once it has been drawn off.

The company pays particular attention to the world of art thanks to the "Wine Art" project which is divided into three directions.
Young artists from all over the world in training at the Brera Academy in Milan have created extraordinary paintings on the barrels of the Cavaion Veronese cellar that describe the world of wine through their cultures. The new Fumane cellar instead houses paintings, made by the students of Brera on a sketch by the Masters Marco Cingolani and Omar Galliani, which interpret the contemporaneity of the cellar.
Cesari supports art also thanks to the establishment of the Jèma International Photographic Prize. This is a competition that takes its name from one of Cesari's most representative wines, Jèma, which comes from an idea developed with the Aliberti Publishing House.

Despite the achievements, Cesari is a company that continues to set new goals for itself. One of these is precisely to further specialize in the production and sale of Valpolicella wines, thanks to the contribution of the new Fumane winery in the middle of the classic area. Listening to the market is also essential to offer wines that are "modern" and unique in their character, while respecting tradition. At the same time, we want to guarantee the consumer careful certification of production processes, conducted with particular attention to environmental sustainability. 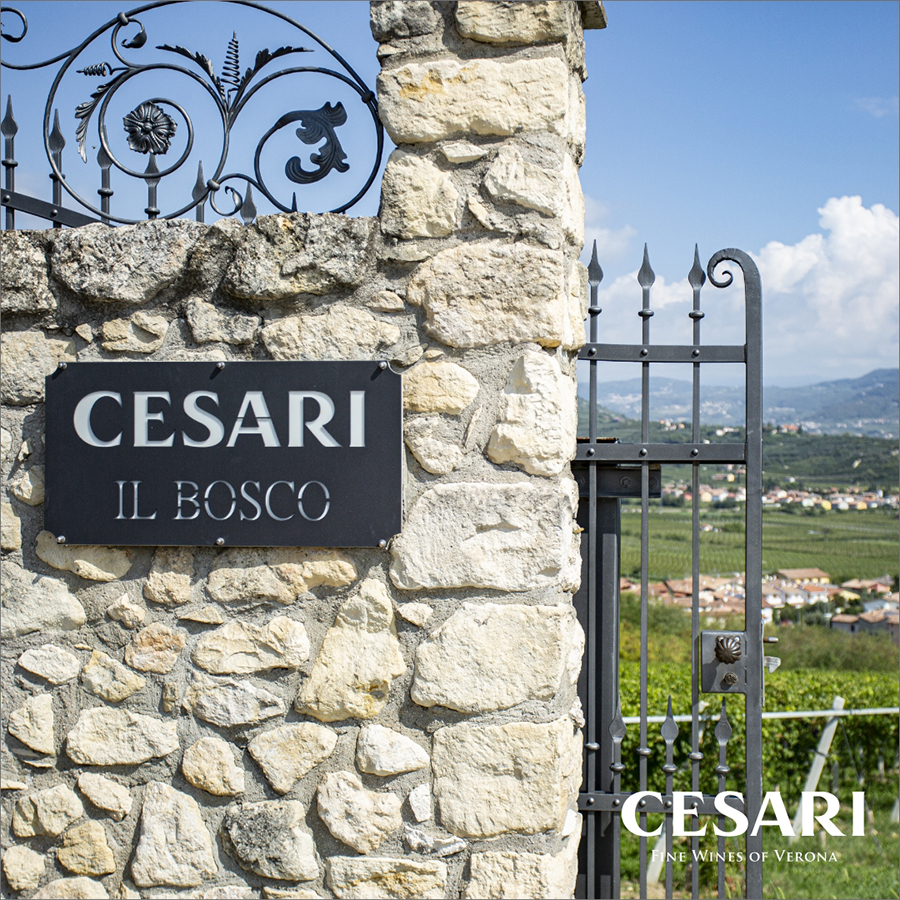 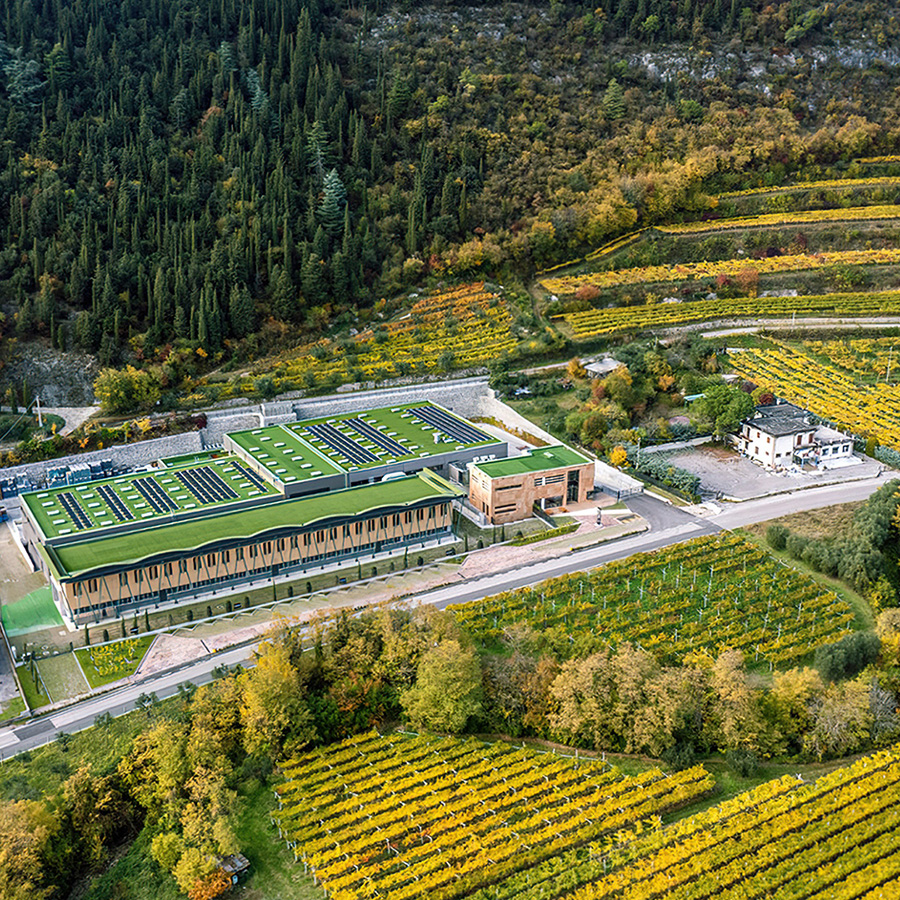 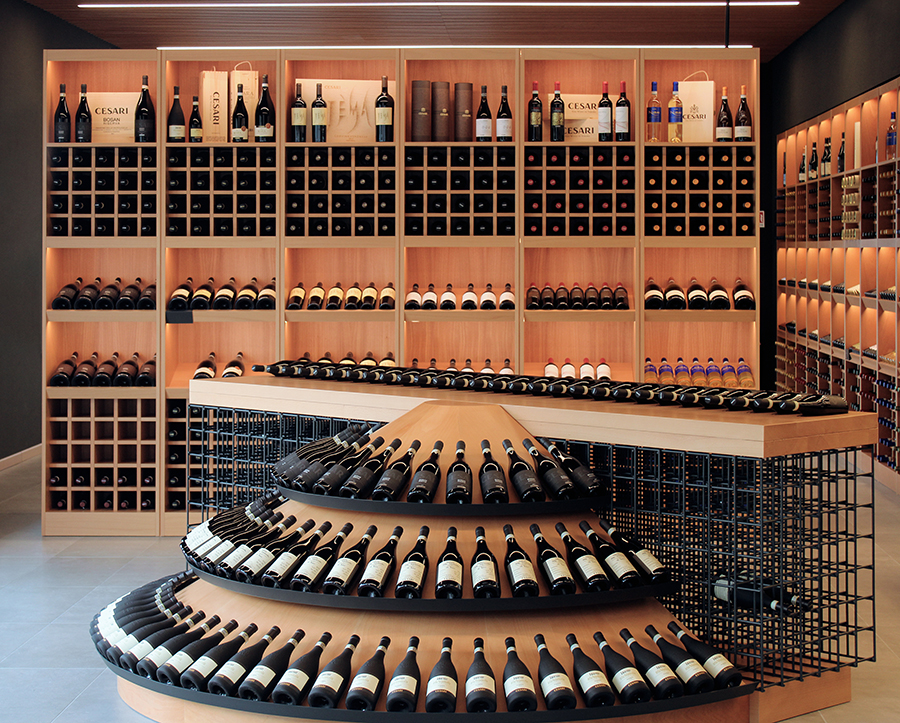